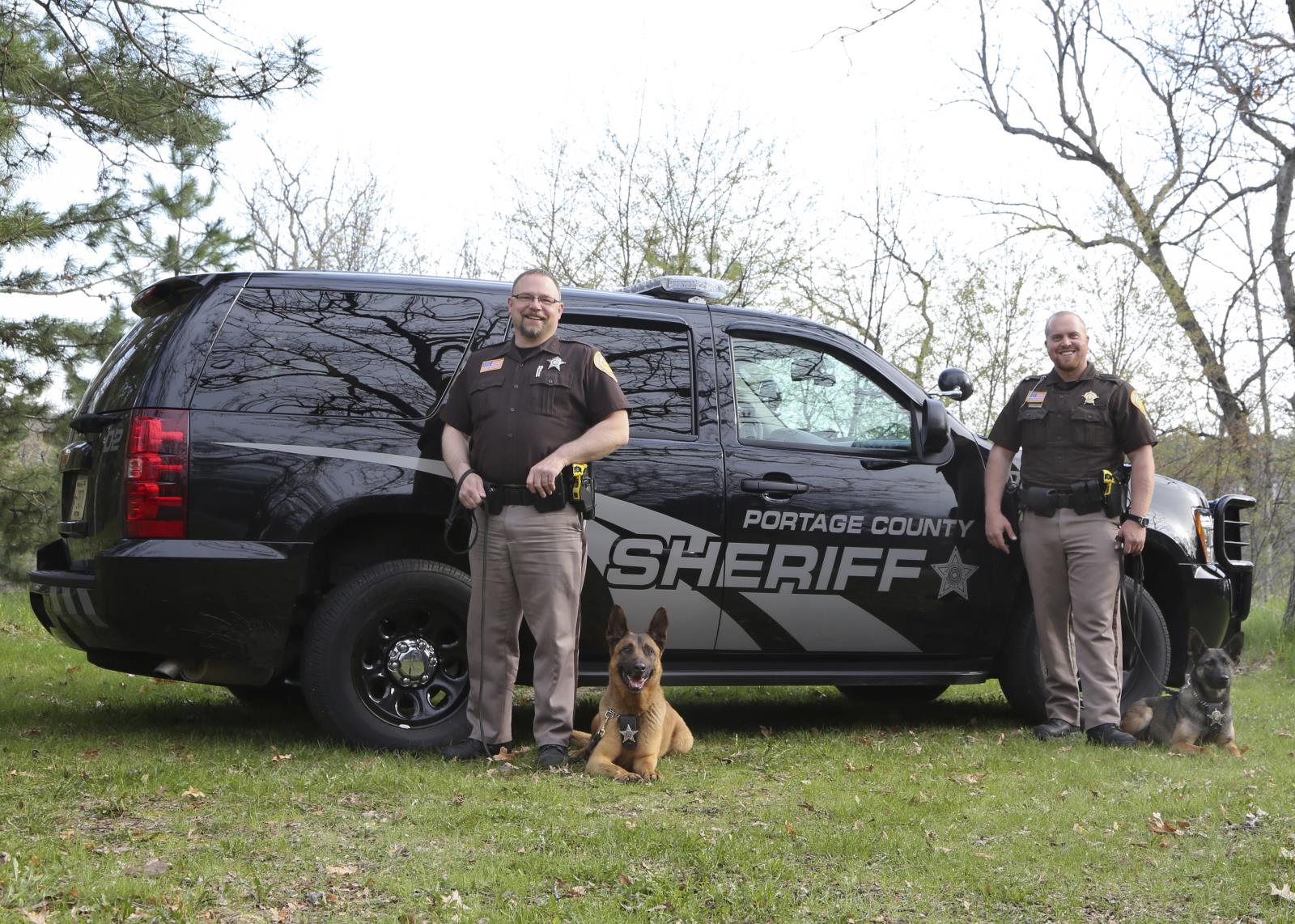 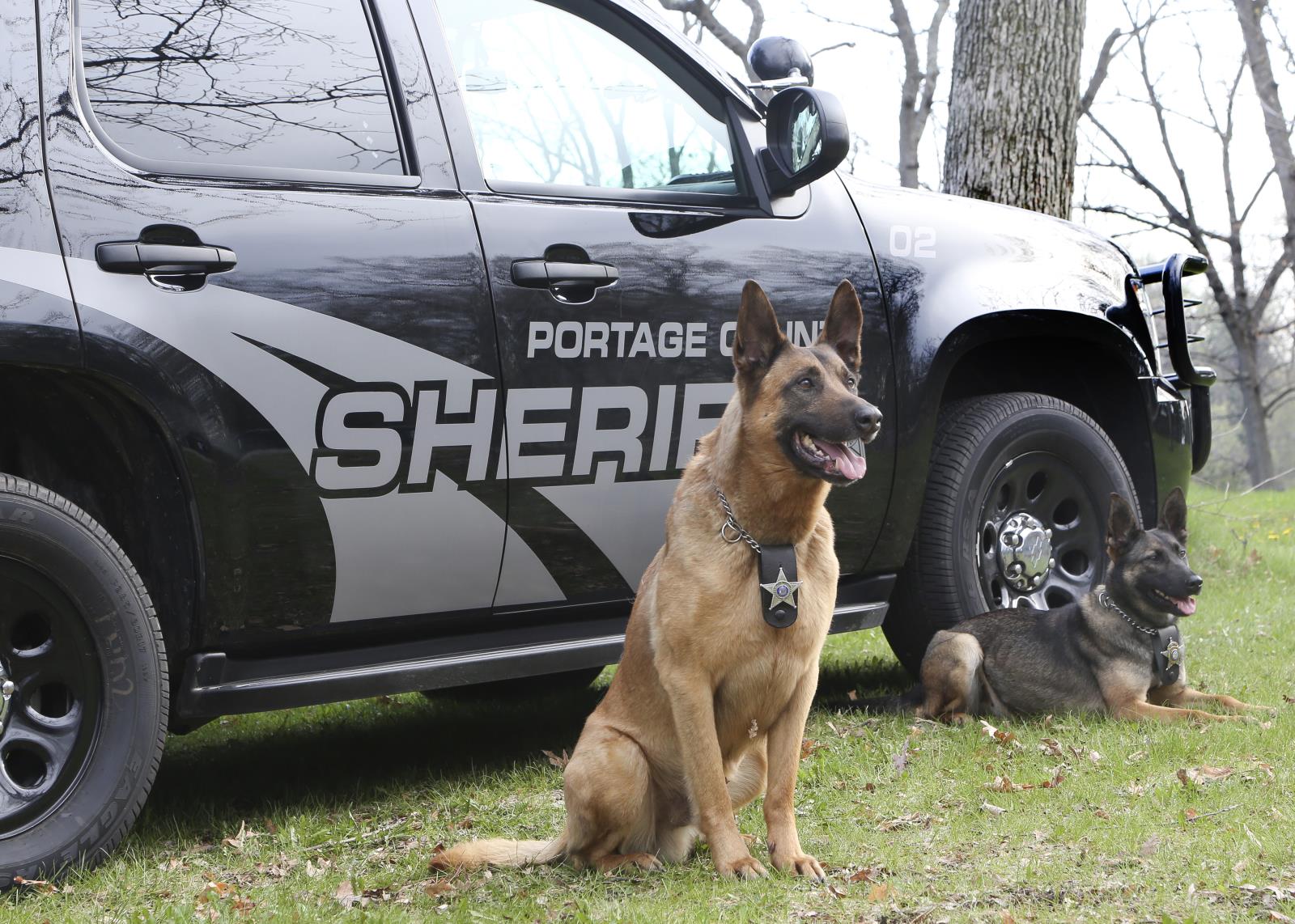 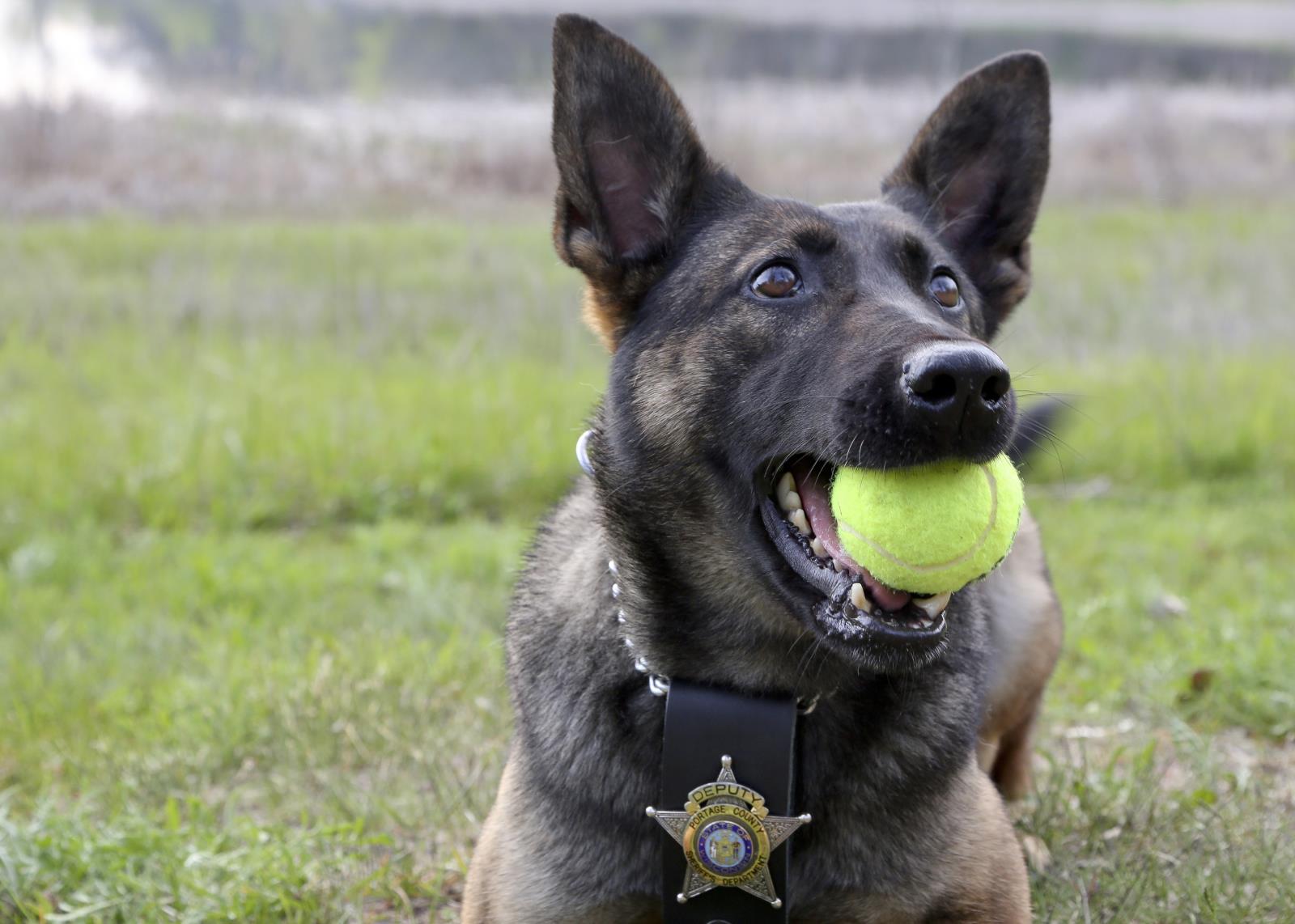 The Portage County Sheriff's Office K-9 Program began in 1991, with the first handler Sgt. John Keener and K-9 Ingo. Ingo was a German Shepherd from Sun Dog Kennels, located in Cross Plains, WI. The program was first funded through a donation by the Portage County Banker's Association and was approximately $3,000.00, which covered the cost of Ingo. Sgt. Keener worked Ingo until retiring him in 1998. Since then, the Sheriff's Office has worked seven dogs, including the current dogs--Lady and Yent.

Yent and Lady are dual purpose patrol / narcotics detection dogs. Both dogs began training as puppies and were carefully selected by Vohne Liche Kennels for their natural drive to work. Both dogs know their commands spoken by the handlers in Dutch, and are both very obedient and loyal to their handlers. Yent and Lady are able to detect the odors of marijuana, cocaine, heroin, methamphetamines, as well as their derivatives, and are specially trained in the following:

The deputies take their K-9 partners home to live with them and are responsible for the everyday care for their K-9 partners, as well as continuous training to keep proficient with K-9 and handler skills. It is estimated that Yent will work with the Office until 2024 and Lady until 2021. Each dog will be approximately 10 years old at retirement, unless the handler feels their partner is still capable of doing their job.